Fish oil is a dietary supplement that is derived from fish. It is commonly taken to provide the body with omega-3 fatty acids ω−3, which benefit human health. Some of the uses and purported benefits of omega-3’s include weight loss, heart health, joint health, cognitive function, and skin health. 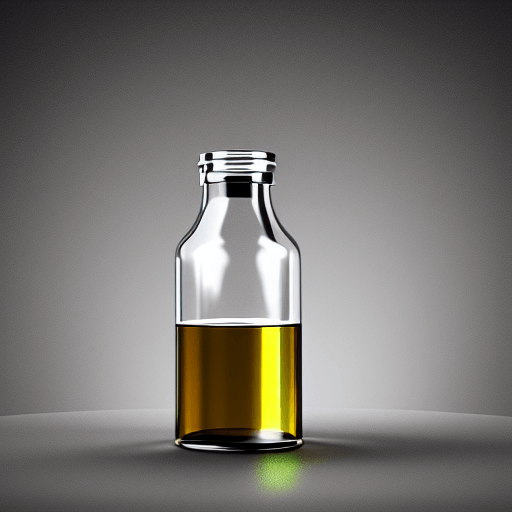 One of the most well-known potential benefits of fish oil is its ability to support heart health. This claim is based on the fact that fish oil contains omega-3 fatty acids, which have been shown to promote healthy cholesterol levels and blood pressure. Additionally, omega-3 fatty acids may help to prevent arrhythmias (abnormal heart rhythms).

Another potential benefit of fish oil is its ability to support joint health. This claim is based on the fact that omega-3 fatty acids can help to decrease inflammation. Additionally, fish oil may help to reduce the symptoms of osteoarthritis, rheumatoid arthritis, and other inflammatory conditions.

Fish oil has also been claimed to support cognitive function. This claim is based on the fact that omega-3 fatty acids are essential for brain development and function. Additionally, some studies have shown that people who consume more omega-3 fatty acids have a lower risk of developing Alzheimer’s disease and other forms of dementia.

Finally, fish oil has been claimed to support skin health. This claim is based on the fact that omega-3 fatty acids can help to decrease inflammation and promote moisture retention in the skin. Additionally, some studies have shown that fish oil may help to reduce the symptoms of psoriasis and other inflammatory skin conditions.

Perhaps the biggest benefit is its effect on reducing appetite and boosting metabolism. This combination of effects makes it one of the most powerful natural weight-loss supplements available.

You’ve probably seen fish oil supplements in your local pharmacy or grocery store and may have even considered taking them yourself.

These supplements usually come in capsules or softgels and can be taken with or without food. Now they even make gummies!

But do you know what kind of fish is actually in those supplements? It’s important to be aware of what you’re putting into your body, and understanding the source of your supplement is a big part of that.

Look for tested brands certified by an independent organization like ConsumerLab or Labdoor. These organizations test supplements for quality and purity. You should also look for a supplement that has been molecularly distilled to remove any contaminants.

The three most popular fish to eat if you’d source your oils from whole food: tuna, salmon, and cod.

Tuna is a widely available type of fish that is often used in supplements. It’s high in omega-3 fatty acids, which are beneficial for heart health. Tuna is also a good source of protein and vitamin D. However, it is important to note that tuna can also be high in mercury, so it’s important to choose a supplement that is low in mercury if you’re interested in taking one.

Salmon is another type of fish that is commonly used in fish oil supplements. Like tuna, salmon is high in omega-3 fatty acids and protein. Salmon is also a good source of vitamins A and D. One advantage that salmon has over tuna is that it is generally lower in mercury than tuna. If you’re looking for a fish oil supplement that contains omega-3s but want to avoid high levels of mercury, then salmon oil might be a good option for you.

Cod is a type of whitefish that is sometimes used in fish oil supplements. It’s lower in omega-3s than tuna or salmon, but it’s still a good source of those beneficial fats. Cod is also a good source of protein and vitamins B6 and B12. Like tuna, cod can be high in mercury, so it’s important to choose a supplement that contains cod from waters that are low in mercury contamination.

The oil is extracted from fish tissue using a variety of methods, including cold pressing and solvent extraction. The type of extraction method used will affect the final composition of the fish oil. For example, cold-pressed cod liver oil contains more omega-3 fatty acids than cod liver oil that has been extracted using solvents such as hexane.

Once the oil has been extracted from the fish, it is refined to remove impurities such as mercury and other heavy metals. The refining process also removes any unwanted odor or flavor from the oil. After refinement, the fish oil is typically bottled and sold as a dietary supplement.

Krill oil supplements are made from tiny crustaceans called krill that are found in cold water environments like the Antarctic Ocean. Krill oil contains omega-3 fatty acids, just like fish oil, but it also contains a compound called astaxanthin, which is a powerful antioxidant.

First of all, krill oil contains astaxanthin, while fish oil does not. Astaxanthin is a powerful antioxidant that provides a number of health benefits including improved heart health, reduced inflammation, and enhanced brain function.

Another difference between these two types of supplements is that krill oil is absorbed by the body more easily than fish oil. This is because krill oil contains phospholipids, which are molecules that help with the absorption of fats and vitamins. Fish oils do not contain phospholipids.

So, Which One Should You Take?

The bottom line is they good for you. For lowering blood sugar, triglycerides, and “bad” LDL cholesterol, krill is a bit better.

If you’re looking for an easy-to-absorb supplement that will help with joint pain and inflammation, then fish is a good choice.

The most common side effect is gastrointestinal distress, such as bloating, belching, and diarrhea. Fish oil can also interact with certain medications, such as blood thinners and antidepressants. Large amounts can also affect blood clotting and increase bleeding.

The Recommended Daily Intake (RDI) of EPA is 250 mg/day for healthy adults, but the optimal dose for health benefits is still unknown. In one study, EPA intake was associated with a dose-dependent decrease in all-cause mortality. This means that the more EPA you take, the greater the health benefits. However, another study found no significant association between EPA intake and all-cause mortality.

So, what does this all mean? The jury is still out on how much EPA is optimal for health benefits, but the general consensus is that 250 mg/day is a good place to start. If you’re looking for maximum health benefits, you may want to consider taking more than 250 mg/day of EPA. As always, consult with your physician before starting any new supplement regimen.

The Recommended Daily Intake (RDI) of DHA is 600 mg/day for men and 500 mg/day for women. However, some experts recommend that people take more than the RDI of DHA, especially if they don’t eat fish regularly. The American Heart Association (AHA) recommends that people who have heart disease consume 1 gram (1000 mg) of DHA per day.

In addition to looking at the overall dose of omega-3s, it’s also important to pay attention to the ratio of DHA to EPA. The ideal ratio is not clear, but most experts recommend a ratio close to 2:1 or 3:1. This means that for every 2 or 3 grams of DHA, there is 1 gram of EPA.

There are a few reasons why this ratio is important. First, DHA is more abundant in the brain and eyes than EPA, so it’s thought to be more important for cognitive function and vision. Second, DHA is more resistant to oxidation than EPA, which means it’s less likely to go rancid and cause negative side effects like fishy burps.