For decades, Omega 3 fish oil has been used to help people lose weight.

This is because it contains DHA and EPA which are essential fats that our body doesn’t produce itself but must be obtained through food sources or supplements like those found in pills form over-the-counter at your local nutrition store.

The plethora benefits include better heart health as well improved moods/mental clarity among many others.

Tons of research has been conducted on the effectiveness and safety of Omega – 3 fatty acids for a wide variety of uses and a substantial amount of scientific evidence backs up their efficacy.

Covered In This Article

Omega – 3’s from fish oils are an essential nutrient that have been shown to have a positive impact on almost everything in the body.

They’ve been shown to have a positive impact on everything from bone health to brain function, mood improvement, healthy joints, and great skin, hair and nails.

Even more impressive, Omega – 3’s play a role in lowering blood pressure, pain and inflammation and in battling diabetes, heart disease and certain forms of cancer.

The topic of Omega – 3’s could take thousands of pages so for this article I’m going to whittle it down to fish oil’s role in fat loss.

Several research studies have shown that people who supplement with Omega – 3’s combined with a proper nutrition and exercise program lose more weight than those that don’t take the Omega – 3’s. 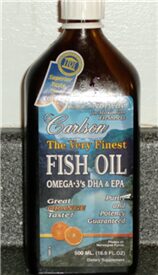 There are several possible mechanisms thought to assist in the the extra weight lost.

One is that Omega – 3’s tend to lower your insulin levels which as you know will tend to help manage your appetite, leading to less calories consumed overall.

It’s also been shown that when insulin is lower throughout the day, more body fat is used as fuel. (We wrote a protocol about exactly how to do this in the Carb Manipulation Protocol).

Other studies have shown a propensity of Omega – 3’s to increase fat oxidation within the cell (increased rate of fat loss) and decreased fat storage (less fat actually accumulating in the cell means less you’ll need to lose later on).

Another theory is that increased levels of Omega – 3’s assist blood flow to muscles during exercise, again leading to increased burning of fat for fuel. (We’re a big fan of the bodyweight workout to optimize fat burning.)

Can I Get My Omega – 3’s By Eating Regular Food?

Omega – 3 fatty acids are one of the rare nutrients that are difficult to get enough of without using a supplement. 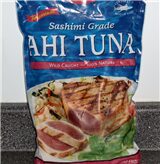 Rather than eating fish daily, adding a fish oil supplement may be a safer way to increase Omega – 3’s because the companies now use molecular filtration to get the toxic stuff out.

There’s really no way to know exactly how much fish is too much (toxicity wise) because levels of mercury are variable, but a good rule of thumb is having fatty fish once or twice a week, and just supplement the rest of the time.

How Much Fish Oil Should You Take?

Much of the current research shows the optimal amount of fish oil to take is 1.5 grams on the low end to 3 grams at the high end.

Fish oil for weight loss is usually sold as liquid or in capsules. EPA/ DHA are how Omega – 3’s are commonly referred to on the label.

In this case you’d take 6- 10 capsules daily with meals.

I know some people who take the whole amount in one shot, but most of my clients who take the capsules prefer to space them out over 3 meals- 3 with a power breakfast, 3 with lunch and 3 with dinner.

With that said, I’m a big proponent of the liquid form made by Carlson’s. You can get it in lemon or orange flavor and you don’t really taste fishy at all (they deodorize the oil).

Is Fish Oil The Only Way To Get Omega – 3’s Fatty Acids? 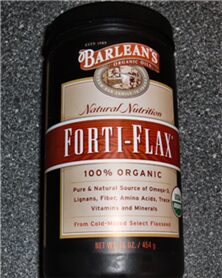 s a lot of debate as to whether Krill is better than fish oil, but there’s no definitive answer as of yet.

Krill oils tout lots of bells and whistles but not sure if worth the price to use exclusively. I suggest rotating your sources and see what works for you.

They need to be converted in your body, but the process is highly inefficient.

Again, flax has other benefits such as soluble and insoluble fiber so it’s a nice addition to the diet, I just wouldn’t rely on flax as the basis for your Omega – 3’s.

More is not better- excessive doses can lead to increase bleeding (thinning of the blood), decreased immunity (easier to catch a cold) and fish oil burps.

Keep your dosage in the sweet spot and speak with your doctor if you take any medications.

Omega – 3 fatty acids are just one of many of our nutritional secrets that make weight loss easier.

Belly fat is generally described as a large bulge that resembles a pouch covering the stomach area.

Unhealthy eating and lack of exercising are generally what contribute to belly fat.

A person may look bloated and the skin in the stomach area is often flabby; thus, creating an unsightly appearance.

A lot of the fast foods that are offered by chains generally contain half of the recommended amount of calories that should be consumed daily.

Some chain desserts sometimes even come close to containing the whole recommended daily calorie intake in one single serving.

Avoid eating junk foods, as they will only thwart your progress to lose belly fat fast.

Consider supplementing junk foods, such as chips with unbuttered air popped popcorn instead.

Most junk food items, such as cupcakes and potato chips supply little nutritional value and contribute to belly fat.

Sodas are also deemed empty calories and should be replaced with water or juices that are one hundred percent made from real fruits.

Chicken breast or fish filets are recommended for entrée meals and should be grilled without fattening sauces.

Fibrous vegetables that are leafy and dark in color offer the most nutritional value for side items.

Start by watching your daily calorie intake. Consider keeping a food journal to show progress while you lose weight.

Get into the habit of reading product labeling to determine how many calories a serving of a specific product contains.

Write down the calories into your food journal after each meal. Understand that the daily recommended calorie intake is generally around 2000.